Surpassing all economist estimates for January, private sector payrolls gained 444,000 jobs while government employment grew by 23,000 jobs, bringing a total of 467,000 new jobs to the market.

Average unemployment rates remained relatively flat at 4% (compared to 3.9% in December 2021 and 4.2% in November 2021) , even as more passive job seekers start considering new opportunities at the beginning of the new fiscal year. Labor force participation improved by 0.3% from December, sitting at 62.2% for the month of January. This is still significantly short of pre-pandemic levels (i.e., 63.3% as of February 2020).

Job openings remained near record breaking levels at 10.93 million openings, making the potential workers per job opening fall to a record low of 1.5 workers per opening . Despite the increase in available positions, there have still been several factors limiting worker availability for those roles. In addition to working parents or caregivers navigating the evolving childcare landscape, 3.6 million workers (the highest in 10 years) were out of work in January due to illness or caring for someone. 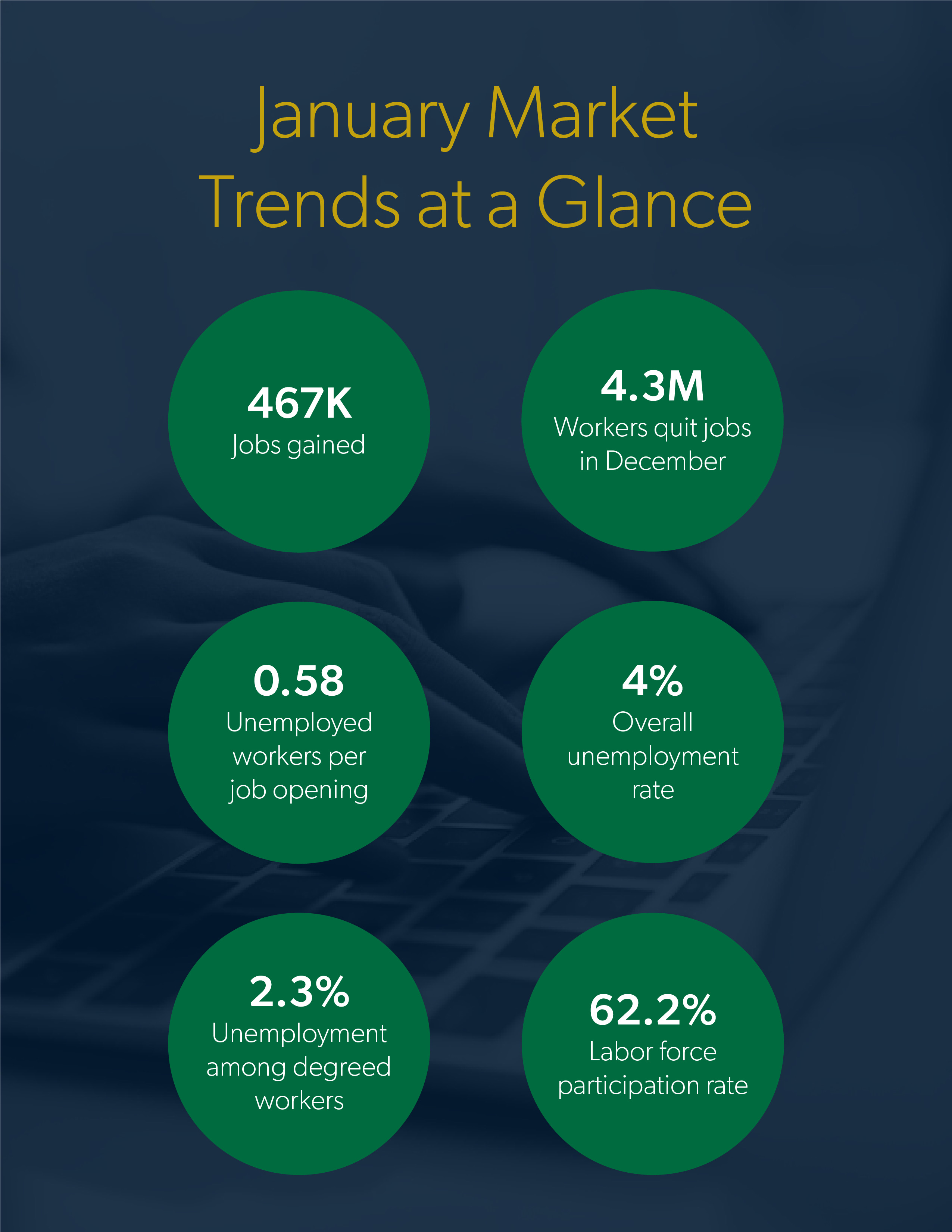